Anesthesia for animals didn’t happen as fast as it did for people because it was thought that putting an animal under was painful.

Opium was a popular drug in early anesthesia because of its numbing properties. It has many properties that make it useful in medicine and is still employed today.

FYI – During World War II many Jews escaped from the Nazis through the use of rabbit blood-soaked rags with a cocaine top dressing. The dogs noses were numbed which dulled their sense of smell and their brains were addled enough to make them lose focus. Pretty smart and harmless to the dogs.

Spinal blocks were discovered by accident. In 1885 a doctor studying neurological problems accidentally injected cocaine into a dog’s spine. The great news came when he saw that the neural block reversed on its own over time. Ask any mother who had an epidural during delivery how great discovery this was.

In animals we need to look at age, size and weight, Sex (some boys need more), species (VERY important), Physical health and condition, pre-surgical drugs that have been administered and the type of procedure to be performed. An overweight animal has a much greater risk of complications. Yet another reason not to feed table scraps.

One of the hardest things anesthesiologists do after surgery is to determine if an animal is in pain or dysphoric. Dysphoria is a state of unease which causes vocalization and restlessness.  It can be caused by the surgical drugs we use. Unlike people, animals can’t tell us how they are feeling so we monitor our surgical patients closely to minimize any discomfort.

Anesthesia also produces amnesia and that’s always a good thing when you’re having surgery. This is for the redheads out there. You really don’t need more anesthesia. That’s a myth. 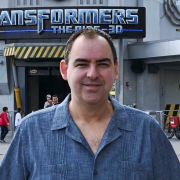 Dr. Henry Cabrera is a successful medical professional. He is serving as an anesthesiologist at the South County Hospital since 2010.